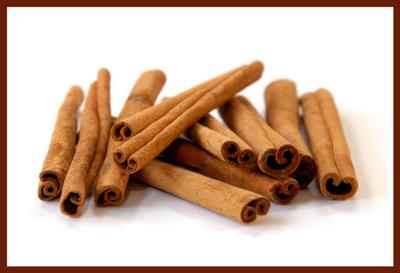 Homemade rhubarb cinnamon applesauce can be made by anyone. It is so easy and doesn't call for anything special in the way of ingredients. You can use whatever types of apples you have, or mix up a few apple varieties using green Granny Smith apples (they are always nice in recipes).

Children love this recipe, as least mine do.

As a jam on toasted English muffins or as a topping on a waffle or pancake, this sauce goes over very big!

For a treat at night? A bowl all by itself.

If you like applesauce with your pork roast or chops, this sauce takes it one step further with a little extra bit of tart yet still sweet taste from the rhubarb chunks.

While making it, which only takes less than an hour from start to finish, your house will smell heavenly too. You'll want to bottle it for potpourri.

Use any proportions you like when planning to make rhubarb cinnamon applesauce. You may find you like a little less of one thing, and a little more of something else.

This recipe makes about 10 cups and keeps well in the refrigerator for about 4 days. Keep it tightly covered.

Ingredients You Will Need:

8 apples (any variety) that have been peeled and cored. Cut them up into chunks.


Note - if you have a few cinnamon sticks, these are especially nice added to the pot as it cooks.

You will have to remove them later on.

Add all of these ingredients into a fairly large pot.

Over a medium heat, bring to a boil and then turn down the heat a little bit. Let the mixture simmer to thicken up for 35 minutes or a little longer if you think it needs to soften up more.

Remove from the heat, remove the cinnamon sticks if you used them and gently mash the mixture. You can leave it a little chunky too if you prefer.

Taste it yourself and if you think you need more sugar, add in a spoonful while hot and stir in. You want to retain a tart taste, so most people don't want to add more sugar at this point, but it's up to you.

Let it cool, and then pour into a large bowl or into a plastic container. Store your rhubarb cinnamon applesauce in the fridge well covered.

Join in and write your own page! It's easy to do. How? Simply click here to return to Best Rhubarb Recipe.