Rhubarb-The-Dog
Caring For A Disabled Pet

Rhubarb-the-dog was adopted by a caring family who refuse to allow progressive-neuropathy limit his chances for living life to the maximum.

This dog named Rhubarb was adopted in the Fall of 2011 by a couple in California named Shelly and Edo.

Some people wouldn't think of caring for a disabled animal. To bring an animal such as Rhubarb into their home, especially a special-needs-dog like Rhubarb, takes a lot of soul-searching and deep commitment.

This story has nothing to do at all with "rhubarb" as we know it,  other than the fact that this is his name. I'm just a dog-lover, fiercely devoted to my own pets and stories like this always get to me.

Now how could I have a rhubarb site, and not share this loveable guy with you?  I can't.  Just look at that face.

Anyway, these owners found Rhubarb on the website at Best Friends Animal Society.

Rhubarb-the-dog has what is known as progressive-neuropathy, a condition that cannot be cured, and it's advanced.  Rhubarb can't walk and has other health issues that can put him at risk, but in every other way he's just a regular life-loving dog.

His new owners already knew of him through their contact with the Best Friends Animal Society, and were just so overwhelmed by his contagious and continuous looking "smile" they decided they wanted to visit with  him.

"Dogs Do Smile You Know"


His owner Shelly says they just aren't concerned much with his condition.  It just doesn't matter.  What Rhu gives them in return in his smiles, affection and enjoyment of life is more than enough for them.

The people who had worked extensively with Rhubarb prior to his adoption were just so ecstatic that Shelly and her husband were adopting him.

They were well aware that a dog like Rhubarb would command special attention to his issues in many
different ways.  For someone to come along and be willing to take on this kind of care, could only be a dream at best.

Progressive-neuropathy would present a variety of situations that would require dealing with many times over.  Finally though, along came Shelly and Edo and they knew he would be well taken care of, showered with love and given every opportunity to experience life as much as possible as any dog with no limitations can.

Rhubarb-the-dog got lucky, and so did Shelly and Edo.

As we see by the videos, Rhubarb or "Rhu" as he is also referred to, gets to celebrate holidays like his birthday, which is on June 26th.  His own special birthday party!  He even gets Valentines' Day wishes too.

As a disabled dog, Rhubarb has a happy life and a life of quality.  He loves his toys, his blankets, his special treats, massages, his dog-pals, his exercise on his special travel cart and more.  In his mind, he's just like any other dog out there.

He gets more attention than ever dreamed of.

All Rhubarb-the-dog needed was for someone like Shelly to give him a chance at a full life.

"It was just time for him to have a real family" Shelly says, and thankfully, it looks like he has exactly that.

Have your say about this topic. Leave me a comment in the box below.
By Jane Orr Copyright 2007-2013 Savor-The-Rhubarb.com 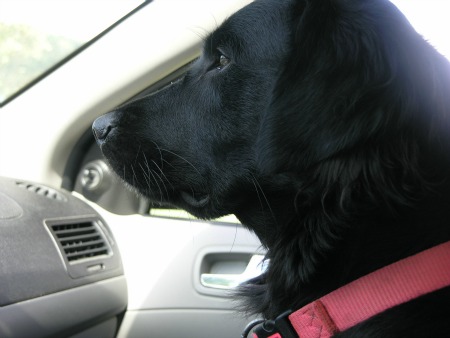 This is my baby Ella, above. Penny the Spug below, is my daughter's dog. She is adorable! 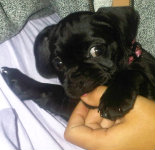 As a family, we sure do love all of our pets. Meet the rest of them. 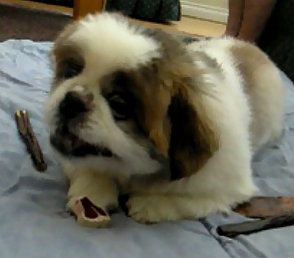 My sister's dog Choochi is a Shihtzu-pekingese mix. A truly loveable little guy. 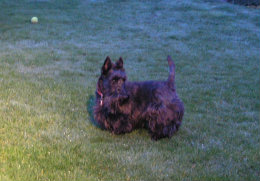 Barney the Scottie is the pride and joy of the Parents. I call him "the little gentleman." 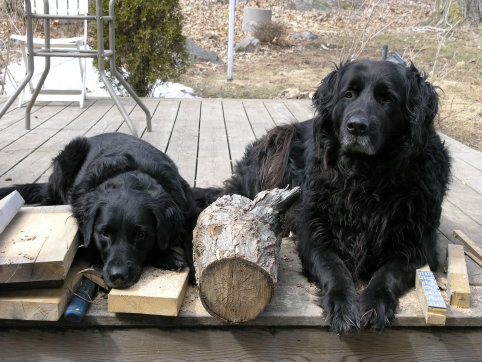 Last but not least on the right is Ella's pal Shadow, our neighbor's dog. Shadow doesn't live here of course, he just thinks he does.